Should I Get My Vintage Sports Cards Graded?

To grade or not to grade? That is the question. 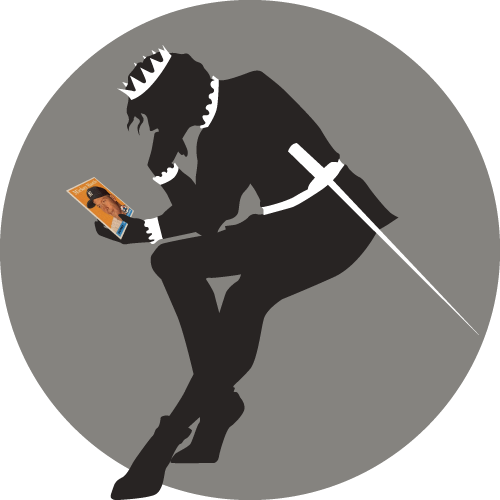 It’s one of the most common refrains we hear. Whether it’s on the phone, at someone's home, at a show, or here at our office, the question that’s almost always is raised is, “Should I get my cards graded?" Sometimes it isn't a question. Sometimes, it’s almost a defiant rebuttal, "Well, then I'll get my cards graded and they'll be worth more!"

Truth is, the answer isn’t usually the one that most want to hear. Much to the surprise of novice collectors, getting cards graded does not always increase their value.

In fact, most cards, once graded, will return less than if they were sold raw.

*Note: If you're looking for an explanation of the grading system and its intricacies, we've got a separate page for all that. Check out Everything You Need to Know About Grading Vintage Baseball Cards.

Let’s not get ahead of ourselves. There are exceptions. Vintage cards of Babe Ruth, Ty Cobb, Lou Gehrig, "Shoeless" Joe Jackson and Cy Young, or even midgrade or better cards from sets like the 1909-11 T206 or Excellent or better cards from the 1952 Topps Baseball card set may benefit from being authenticated as legitimate and unaltered even if they are not in extremely high grade.

If there were a hard and fast rule, this would be a no-brainer and the response would always be the same. But whether you should have your cards graded is a tricky question.

Grading cards costs money. Money that sometimes isn't returned because the grades assigned to the cards do not improve their value. Trying to explain this to someone that thinks that they've figured out the card market by perusing eBay for a few minutes typically doesn't end well. But that won't stop us from trying to share our knowledge and expertise with our customers and our Internet viewers and readers.

Knowing what NOT to grade can often be as profitable as what you decide to grade. Grading expenses are sunk costs and mistakes in spending those dollars cannot be recouped.

We've watched people drop silly money for lighted magnifiers, measuring devices, loupes that are powerful enough to identify the sex of a fruit fly. All of these tools are great if you know what you're doing with them, but they're really no different than having a $10,000 box of mechanics' tools if you don't know how to fix a car. Something as basic as a wrench and duct tape can be just as effective. Perhaps a strange analogy, but experience will outperform bells and whistles every day.

So, you want to spend hundreds on loupes and lights? Magnification is helpful, but consider the fact that most graders are NOT using magnification while grading most cards. Using 10x loupes on all of your cards is not only a waste of time; it’s total overkill. Would you use an entire can of Raid to kill a single fly, and then crack out another can the next time you see a fly?

Factors to consider before grading

CONDITION: Condition is the most important factor. Even over-produced cards in top grade will usually garner an increase in value if they are graded in top condition. There is usually a threshold at which the card is worth a value that does not change or improve when graded. If you want to get an idea about condition, use our online grading guide to help you understand how to grade your sports cards.

AVAILABILITY: It’s the simple concept of supply and demand. Even over-produced cards, when in high demand, become more limited in availability and see an increase in value.

DESIRABILITY: Mickey Mantle and Mike Trout will always be more desirable to the general public than Mickey Klutts and Dizzy Trout.

LIQUIDITY: Liquidity is the value that the item will sell for when put to general auction, not when waiting for one specific or potential buyer via a BIN (Buy-it-Now). That may take months to happen, if at all. Scarce items that aren't in high demand may not be liquid at higher prices.

Before you get all giddy and think you’ve got everything figured out, here’s a prime example of how you’ll be wasting money if you don't win the grading gamble. Pro tip: most people don't have the eye or the expertise to win this bet.

1993 Upper Deck SP Derek Jeter cards are very active in the hobby. They’re also very condition sensitive. Very consistent in sales price, they offer an excellent example of how grading can be a losing proposition if you're not paying attention, are unsure of condition, or do not respect and fully understand the process. Below are three examples of 1993 SP Jeters. First, on the left, a nice, Near Mint quality ungraded card that will typically sell for around $110. Second, in the middle, is a PSA 7 NM card that has been professionally graded Near Mint that will typically sell for about $125. Third, on the right, is a PSA 8 NM-MT card that has been graded Near Mint to Mint and will usually realize about $350. 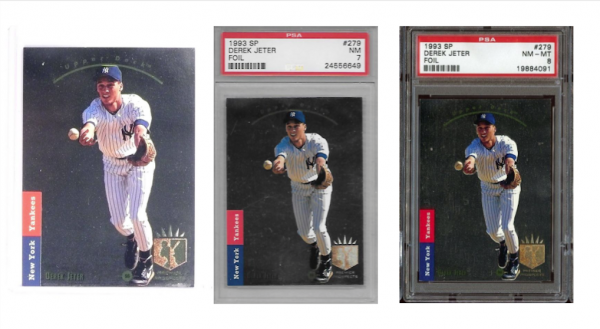 Unless you're going to score a PSA 8 (or higher), you are best served NOT grading the card. Why? Because a raw NM card will sell for around the same price as a graded NM card and you don't have to pay the grading expense, which will be about $30.00 or more in grading and shipping fees (not including the expense of a grading membership). So, grading your NM card that sells for about $125 will net you about $95.00 after grading expenses while selling the ungraded NM card returns as much as $110. Now, if you're lucky enough to get a NM-MT grade, you still have to subtract the $30.00 or so in grading expenses and you end up netting about $320 if everything goes perfectly. Selling the card UNGRADED is the safest move unless you're ABSOLUTELY certain that you'll garner a NM-MT or better grade.

However, PSA 9 and PSA 10 examples are why so many people clamor to grade this card. While PSA 9's are now selling for over $3000 and a PSA 10 would probably sell for around $40,000, the likelihood of this extremely condition sensitive card scoring a PSA 9 or higher are incredibly slim. You might be better off spending a few dollars on the lottery.

Understand the marketplace and be realistic with your expectations. Ask questions. Understand the answers. Educate yourself and don't be upset when, for example, you learn that your hoard of 1987 Topps Baseball cards aren't going to pay off your kids’ college tuition.

How much does condition matter?

These two 1952 Mickey Mantle Topps cards are both graded by PSA. One is a PSA 2 (considered a low grade), while the other is a PSA 8.5 (a very high grade for this card). They may not look particularly different, but the values between them are significant to say the least. 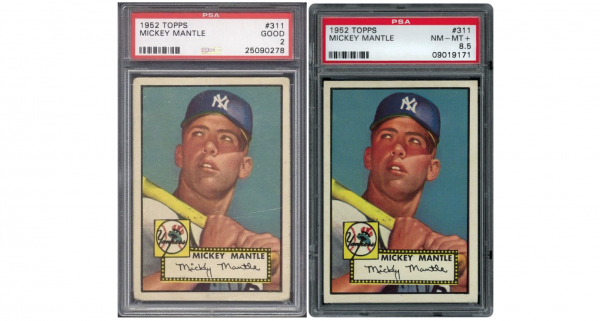 How to do research on eBay

When reviewing eBay, closed sales (those are the ones that have ended and have GREEN numbers - not closed auctions that DIDN'T sell) are usually the best way to determine the potential value of your card(s) or collection. Being able to match the condition or to extrapolate a valuation parameter will also help you reach a more accurate assessment of the value. But be certain that you are comparing apples to apples.

If you really want to know the values of graded cards, there are many resources. The key is first understanding the condition --- and that may take more time and effort than you think.  And the learning curve isn't as easy as learning a multiplication table. Sure, you can grade off condition Mickey Mantle cards and not lose much in the process, but if you're sending out your Alvaro Espinoza cards, odds are you won't be leaving too much profit on the table.  The general rule of thumb is the older the better.  But if the cost of grading isn't returned on the resale value, then it makes absolutely no sense to bother investing the time or the money to have the cards graded.

So, should you get your baseball or sports cards graded? If you're sure that it will add value, then go ahead! And don't forget to contact us when you're ready to sell! 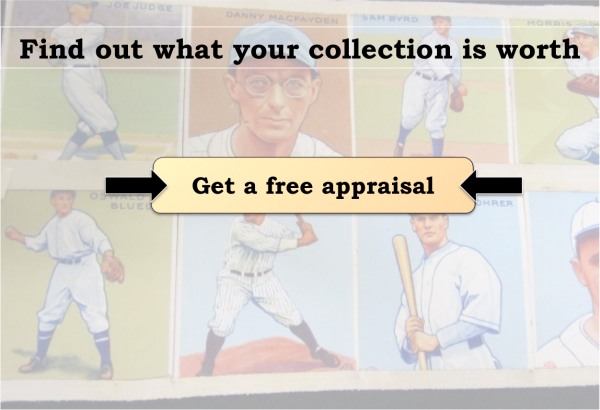