There may be no pre-World War II baseball card set more attractive and just plain cool looking than the T205 tobacco issue. Often lost in the shuffle behind the much more widely discussed and collected T206, this gold bordered cousin is stunning, especially on those rare occasions when you find them in high grade.

Produced in 1911, it features legends of the game like Ty Cobb, Walter Johnson and Christy Mathewson. The design of the cards is among the most recognizable and unique, often used to illustrate stories about baseball in the early days. The gold borders really make the images stand out and reflect the era very well. Unfortunately, those cool looking borders make T205s extremely susceptible to wear. The slightest nick can drop a card's grade significantly. That's why finding fresh, high quality examples is such a rare opportunity. 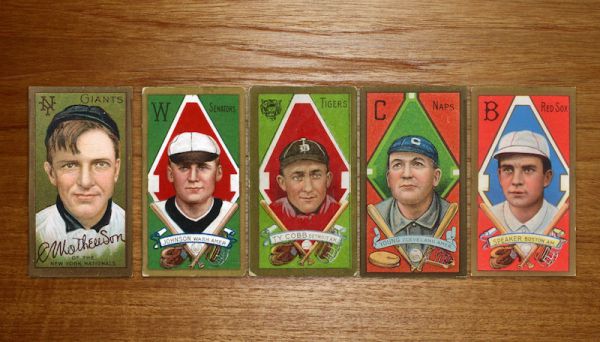 With around 200 cards, it's a much smaller set than the T206, but the artwork on the player portraits is sensational. Some National League players' cards actually contain facsimile autographs, which some collectors still think of as a more modern invention. Unlike T206, the backs of the cards actually contain a little blurb about the player, along with some statistics.

The set was designed and printed with metallic ink on the borders which produced very vibrant cards that have dulled and chipped over the decades since first being issues as premiums in American Tobacco Company cigarette products. The player images were much more realistic that some of the other releases of the era.

The 1911 T205 Baseball set consists of 198 different players (208 if you count the different poses and variations) and can be divided into three distinct subsets. It has different designs for American League players, National League players and the dozen tougher-to-find minor league cards.

The cards featuring American League players account for more than half of the set and the players are depicted inside a baseball diamond-shaped frame. A baseball, two bats and a catcher's glove and mask complete the consistent design of the cards highlighting the Junior Circuit. A banner with the player's name and the team's city appear below the image. Also, the team name and a team logo appear in the uppermost corners of the card.

The National League cards feature much larger portraits and extend to the gold borders. They also have the team name and team logo in the upper corner, while the name banner is replaced by a scripted facsimile signature below the photo and the team city and name in text below the replica signature.

The 12 subject Minor League subset is the smallest group and features a more ornate design which varies from team to team. The 12 minor leaguers feature advertising backs from only Hassan or Polar Bear.

Don't be fooled by the fact that there isn't a Honus Wagner in this set.  There are still many of the greats of the day, including Ty Cobb, Cy Young, Christy Mathewson, Walter Johnson and Addie Joss.

Although the cards in the set feature three distinct obverse designs, the 1911 T205 cards present a similar back design throughout the series and were among the first sets to feature biographical data and statistics. Sandwiching the bio and the stats, the player's full name also appears above the bio and stats and below them is an advertisement for one of the eleven cigarette brands from the American Tobacco Company that used the cards as premiums in their cigarettes. 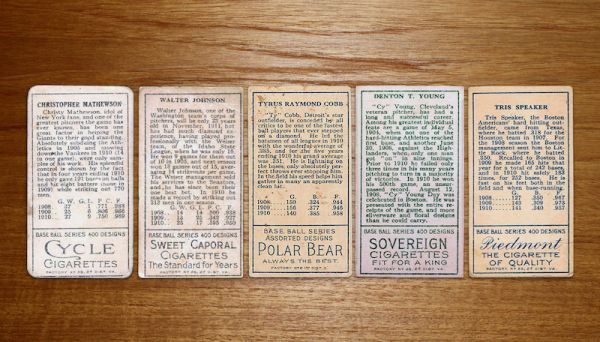 Much like the 1909-1911 T206 White Border Set, there are different advertising backs and they vary in scarcity. The eleven American Tobacco Company advertising backs are: American Beauty, Broad Leaf, Cycle, Drum, Hassan, Hindu, Honest Long Cut, Piedmont, Polar Bear, Sovereign, and Sweet Caporal. While Piedmont, Sweet Caporal, Polar Bear, Sovereign and American Beauty are considered to be more common, Cycle, Hassan and Honest are considered quite tough to locate, while the Broadleaf, Hindu, and Drum backs are widely regarded to be the most difficult. With the eleven advertising backs and the Factory notations, there are 17 recognized back variations:

Variations involving both the front designs and the text on the back add to that total, which many collectors try to complete as well. The Dick Hoblitzell "No Stats" and the Irvin "Kaiser" Wilhelm (missing the "r" in the word "suffered" in the 18th line of text) variations are two of the more sought after variations in the set.

Other variations include Hal Chase, which has a slightly different angle to his face as he is pictured from the side. Hall of Famer Roger Bresnahan is another as he has one card with his mouth closed and the other with his open. Hall of Famer Bobby Wallace also has two pictures that feature him with a baseball cap and without one. Another production mishap is the sock logo on Patsy Dougherty's card presenting with a white sock and an error that was inadvertently filled in red ink. The error card featuring the biggest name is easily Christy Mathewson. Mathewson's cards are among the more expensive in the set. Mathewson's Cycle advertising back card lists him as having only one loss in 1908 when it should have said 11 -- this error is only found on the Cycle back.

A look at the aforementioned Wallace and Bresnahan T205 variations. 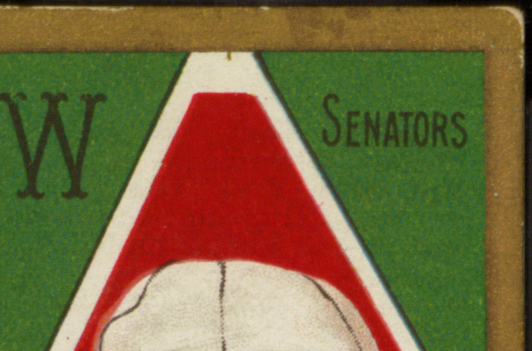 Here's a close-up look at the wear on the delicate gold borders of a T205.

How tough are these cards to find in top condition? With a population report of more than 38,000 T205's having been graded by PSA, only 4 have received a PSA 9 MINT grade and ZERO have garnered the PSA 10 GEM MINT designation. In fact, less than 200 cards have graded PSA 8 NM/MT, including those with qualifiers (off-centered, miscut, etc). That's what most people would identify as "condition sensitive!'
Quite the contrary to the T206 issue that have more than 2,500 PSA 8 graded cards and more than 300 PSA 9 and an additional 13 PSA 10 examples graded, albeit, the T206 issues has more than 200,000 examples graded. 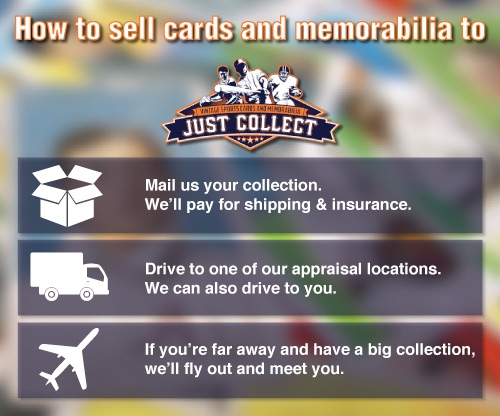 You can visit our page on How to Sell Baseball Cards, but to quickly recap that info:

While lesser-condition T205s are certainly not rare, there's always a market. T205s command value in any condition --- so don't think that because yours are damaged that they're worthless. Always seek the advice of a professional before giving away your cards or selling them on the cheap.

Finally, keep in mind that someone who might be well-versed in judging the condition of say cards from the 50's or 60's will not necessarily be able to do the same with T205s. It really is a whole different animal -- a Little Dragon, if you will.

Check out this Forbes article about a great group of T205s we purchased back in 2016: