Building complete sets of vintage baseball cards can be really tough. Some sets have upwards of 500 cards. Others have short prints and errors that can be nearly impossible to track down, even with a substantial budget.

But sometimes, it’s not the size of the set or the short prints that make it such a challenge. Sometimes it’s just the general scarcity of the issue. And that is certainly the case for the 1895 N300 Mayo’s Cut Plug baseball series.

Issued over 120 years ago as premiums in tin containers and cloth bags of plug tobacco by P.H. Mayo and Brother of Richmond, Virginia, the N300 Mayo's Cut Plug baseball set features 40 different players plus 8 variations for a total of 48 cards. They measure approximately 1 5/8" by 2 7/8".

Lesser condition common cards usually sell for a few hundred dollars (a bargain it seems, all things considered). Higher condition commons sell for over a thousand. Significant Hall of Famers can fetch several thousand and even tens of thousands.

There are two types of cards in the N300 Set. The first features players in uniform while the second features players in street clothes. There are eight variations in the set related to player uniforms and team designations. Mayo felt it necessary to update eight of the uniformed subjects due to trades and team changes. This suggests that Mayos were actually produced and distributed over a two-year period (1894 and 1895) as opposed to only one year (1895). 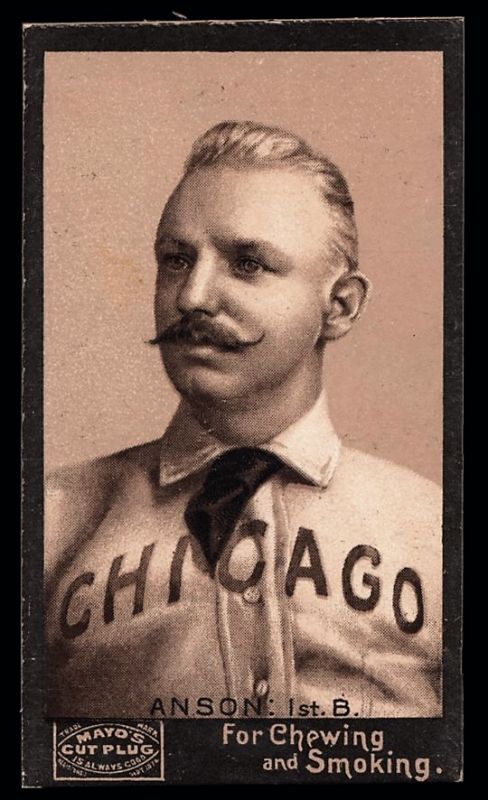 The front of the cards feature a black-and-white photo of the player, while the backs are just a solid black. They were printed on thicker cardboard stock and are very susceptible to chipping and wear. Since the cards are unnumbered, they are typically cataloged in alphabetical order. 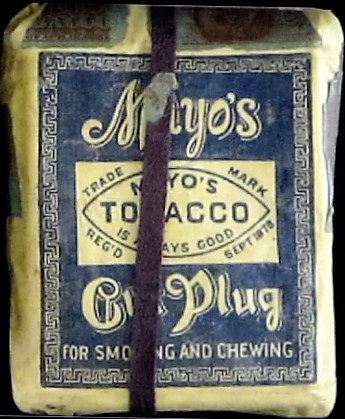 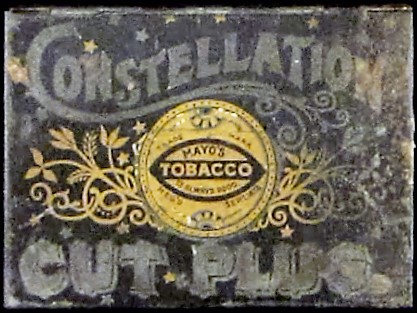 Cap Anson is generally regarded as the most valuable card followed closely by fellow Hall of Famer "Big Ed" Delahanty, whose name is misspelled "Delehanty" on his entry in this issue. Delahanty died in 1903 when he plunged over Niagara Falls after being evicted from a train for abusive intoxication.

The obvious highlight of the N300 Mayo's Cut Plug Set is Adrian Anson, nicknamed "Cap" for "Captain.” Cap was a Major League Baseball first baseman, and including his time in the National Association, he played 27 seasons. Anson was regarded as one of the greatest players of his era and one of the first superstars of the game. He spent most of his career with the Chicago Cubs franchise (then known as the "White Stockings" and later the "Colts"), serving as the club's manager, first baseman and, later in his tenure, a minority owner. He led the team to five National League pennants in the 1880's and was one of baseball's first great hitters. The first to tally over 3,000 career hits, Anson died in 1922 and was inducted into the Hall of Fame in 1939.

Amos Rusie, a.k.a. "The Hoosier Thunderbolt," was a right-handed pitcher best known for his overpowering velocity. He had a 10-season career in the National League, most of which he spent with the New York Giants. He led the league in strikeouts five times, and won 20 or more games eight times. He also did not have good control of his pitches, leading the league in walks five times. In 1890, he walked 289 batters, which still stands as the all-time single-season record. In 1897, he beaned future Hall of Famer Hughie Jennings in the head. Jennings was comatose for four days before recovery.

His wildness actually led officials to change the distance from the mound to home plate from 50 feet to the current 60 feet, 6 inches, an increase of more than 20%. This ruling was made effective for the 1893 season. The distance didn't change Rusie's success as he led the league in strikeouts for the next three seasons, while also winning the pitching Triple Crown (victories, earned run average and strikeouts) in 1894. He was inducted into the Baseball Hall of Fame in 1977 by the Veterans Committee.

Chronologically sandwiched between the Old Judge set of the late 1880s and the tobacco cards of the early 1900s, the Mayo’s Cut Plug issue stands on its own as the most important card set of the final decade of the 19th century. Demand for Mayos, as well as many of the 19th Century issues, continues to grow among collectors who not only appreciate a challenge, but also realize how scarce and history-packed these little cardboard gems really are.

A complete alphabetical player list for the N300 Set with the variations (Hall of Fame players are in BOLD):

Have in-depth questions about N300 Mayos? Want to know how much your cards are worth? Looking to sell your N300 cards? You’re in the right place. Contact us today to speak with one of our specialists.